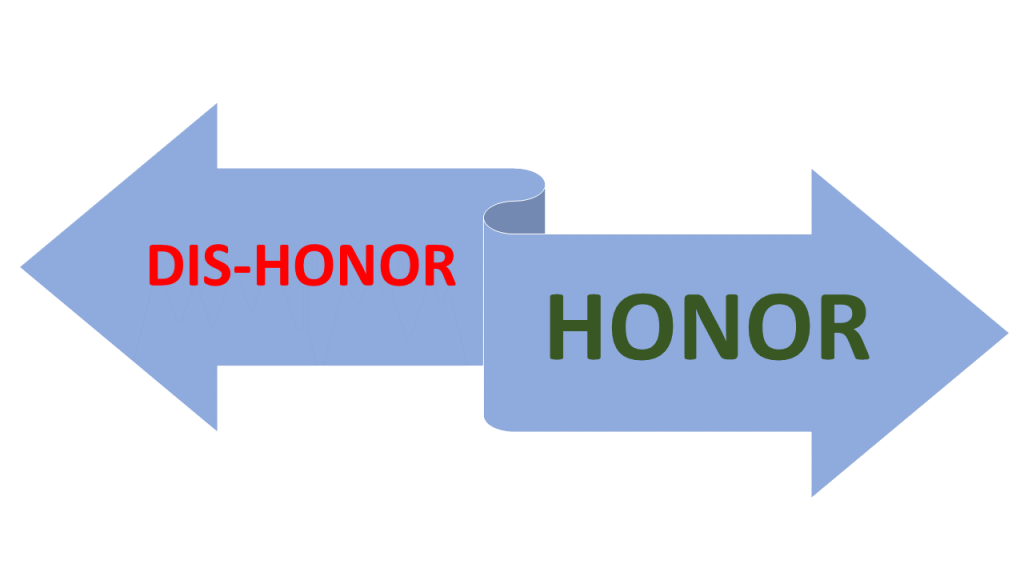 On Father’s Day, June 17th, 2018, I taught a message on “Honor”. The theme may have focused on honoring our fathers, especially since everyone knows the scripture “Honor your father and mother”.

The reality, however, is that we should honor one another!

Romans 12:10 says “Be devoted to one another in love, Honor one another above yourselves.”

The text that morning of June 17th came from Mark 6:4-6 which reads:

“ 4. Jesus said to them, “A prophet is not without honor except in his own town, among his relatives and in his own home.”

5. He could not do any miracles there, except lay his hands on a few sick people and heal them.

6. He was amazed at their lack of faith.”

Contextually, Jesus, the Son of God felt hindered – He probably even felt limited.

The important question here is why did He feel limited? Was He not “Prayed up”? Did He not fast enough?

Sarcastically speaking (of course), was there no “Anointing” on Him because Praise and Worship that morning wasn’t very good?”

Jesus was hindered from doing ANY great work, not because of any of the above reasons, but primarily because of DIS-HONOR.

Today, not only is dis-honor out of control in our nation but dis-honor seems to be the norm and reaching epidemic levels around the globe.

IT ABSOLUTELY CAN AND WILL!!

Honor does not mean we have to agree with those who we honor. We can dis-agree and still honor.

Honoring is becoming part of the solution.

Dis-honoring is becoming part of the problem.

Imagine what it would look like if we took Romans 12:10 seriously and honored one another.

HONOR COULD CHANGE THE COURSE OF THIS NATION!